Christopher Walsh to appear at Sci-Fi at the Rocket! 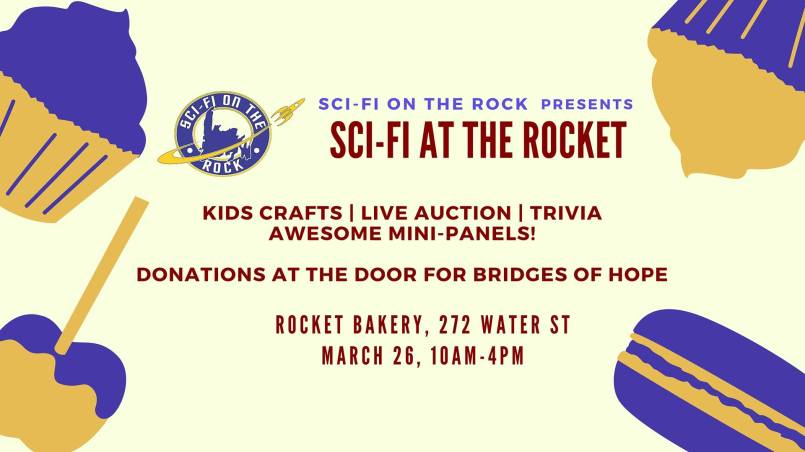 On March 26th, 2016 at the Rocket Bakery in downtown St. John’s there will be a pre-show event for the Sci-Fi on the Rock 10 convention (April 1st – April 3rd, 2016). This annual kick-off event for SFoTR includes a plethora of activities for kids and adults, one of which is a live auction! Among the auction items will be a beautiful, 8×10 canvas print from Gold & Steel, which you can see below:

The event runs from 10am to 4pm and will feature a selection of mini-panels from some of the panelists, artists and authors that will be appearing at SFoTR10.

One of those guests will be Christopher Walsh, appearing from 12-12:30 to do a reading from As Fierce as Steel, to be followed by a short Q&A session.

If you’re in the St. John’s area, come on out and have a sneak peek at As Fierce as Steel!

All donations at the door go to Bridges for Hope!